A Day At The Maker Faire

A Day At The Maker Faire
Posted on July 4, 2014 in Events, Maker movement

An excellent new commercial is making the rounds on social media – LikeAGirl. It’s awesome to see people realizing that they are using the meanness of identification to put a person down. “You throw like a girl” and “You are cheap like a Jew”… both are aimed to rob a person of their humanity. A boy in the video is asked if what he just said insults his sister. He says no, then yes. 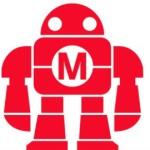 This period in time has failed so many people: Imagine being an immigrant in the US, imagine being poor (or marginally poor), imagine being a new college graduate in today’s job market. For these people the US has no answer today. Hopefully soon. So it’s just amazing to me that the country is able to make progress on self realization, self fulfillment, and self esteem.

Last weekend’s Pride festival and march was amazing. Imagine: people in love with one another can get married. Facebook added 50 gender neutral terms. And the popular culture is addressing this! (I’ll just listen to Same Love – Macklemore and Ryan Lewis – while I type this… “gay is synonymous with the lesser” burns in my ears.)

While identification is an issue, solving it needs more than just awareness. It needs something to do, something to manifest, something to look back on and say “Yes, I made that and it helped me feel good about myself!” That’s why I love the maker movement!

And let me tell you, there are a lot of young women in the maker movement. And they don’t throw like a girl, they print a 3D bat like a maker.

The Maker Faire is my place to charge-up my participation in the Maker movement. Makers make things. In the past I met fellow Oracle/Sun people making new microprocessors. And at the same time I met a Maker who developed a new way of making thread and yarn for knitting.

Makers span industries, communities, nations, races, and religions. The Maker Faire spawned the Maker Space movement (check out The Foundry as an example), 3D printing, social networks (like BoingBoing), the modern Internet of Things (IoT) and meet-ups. And the community of makers participate in the Northern California Renaissance Faire, Burning Man, and Dickens Faire.

Maker Faire 2014 at the San Mateo Fairgrounds in the California Bay Area hosted 15,000 makers. Here are some of the great things I found this year.

Assembling the giant head. It took 3 of us to put this together. I wish someone would remind me of the artist who created it!

DFRobot showed their laser keyboard kit. The kit projects a keyboard onto your desk and senses your fingers pressing the projected keys.

Maker Faire spawned the 3D printing community. Looking Glass uses the slicing technology developed for 3D printing to make glass boxes with volumetric images printed within. They have a successful KickStarter project too.

The PP3DP people showed the UP Mini 3D printer, now sold for only $600. I bought one and am very happy with the results.

Makable.com is a marketplace to buy and sell 3D printable objects.

Half the makers this year were kids. And there were many ways to get started.

Fuel3D makes a hand-held scanner to capture objects in the real world for use in the digital world. It scanned my face with incredible resolution.

Boxouse convverts shipping containers to tiny off-grid houses. They are starting a revolution in affordable housing.